Oxford’s libraries draw scholars from all over the world. There are more than 100 of them, with well over 11 million titles between them. The largest is the Bodleian Library with over 6.5 million items. As a legal deposit library it has the right to take free of charge any item published in the UK; it also has extensive foreign holdings and collections of maps, manuscripts, early printed books, and ephemera.

Getting lost amongst the millions of books in the Oxford libraries can be one of the great pleasures of studying at Oxford.

Towers of books and seas of words

It’s been a full year now since I lived in Oxford, since each day began by cycling down Headington Hill in the chill morning air, arriving in City Centre just in time for the hour the libraries opened. These libraries, the great and ancient symbols of the city, were spaces of consistent wonder and discovery, the site of hundreds of hours buried in towers of books and seas of words. As both a student and a lover of literature and language, this was all an immense joy to me. Reading in these disciplines as part of SCIO’s Michaelmas Term program provided me with a context utterly encouraging of deep and expansive learning, and dwelling each day within the libraries of Oxford flung wide the gate into this pursuit. 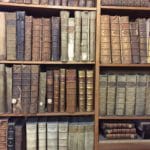 In the halls of my memory, these libraries take on the form of a unified and elegant tapestry, each one distinctly expressed but inextricably of a piece with the rest, characterized by the remembered instants of existence left behind within them. The long and lovely reading days became a ritual, of sorts: chaining my bicycle to whatever fence I could find, scanning my reader’s card, finding a desk, collecting my books, and burrowing down until dark, occasionally stepping out to walk the streets or grab lunch – and all this time creating, forming ideas and connections and essays and memories.

The lower reading room of the Radcliffe Camera, with its long desks and high windows, was the space within which I explored Margery Kempe’s mad medieval ecstasies, Coleridge’s pantheistic inclinations, and Blake’s apocalyptic mythology. Within the sleek glass of the Rotheremere American Institute, long lonely hours cloistered away with Thomas Jefferson sharpened my understanding of religion and republicanism in early America. In the magnificent reading room of the labyrinthine Taylorian Institute (preferably, at one of the six balcony desks), I swam through an ocean of linguistic theory, overwhelmed by the unfamiliar subject but enchanted by its richness. On Saint Cross Road, the English Faculty Library opened up new worlds with each passing week: Byron, Keats, both Shelleys. In December, the smell of incense drifted from the Pusey House chapel into its library, sanctifying the dim quiet corner where I encountered Ginsberg’s manic verse for the first time.

The landscape of my memories of Oxford is chiseled around the landmarks of the University’s libraries, these sites strong with the magic of discovery and creation. It was in these ancient halls, among the quiet shelves, that minds resided alongside one another, lining the desks day after day, puzzling, inquiring, pressing into the complexities of existence. This is the air one breathes at SCIO, in the incredible privilege of being an Oxford student. 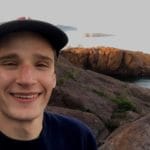 And now I move through life after Oxford, after undergrad, very much dwelling in uncertainty about the path that my future will take. But in this, I can’t help myself from returning, often in my mind, to the moments of time when the pressing concerns of my present involved a ten-hour shift in the Taylorian reading room, at a balcony desk overlooking the passing of hours on St. Giles’ Street, engrossed in poetry and the pursuit of articulating human experience, utterly inspired by the beauty and grace of the physical space I existed within for that moment.

Nothing but my wits and a few research questions…

My name is Kyler Schubkegel, and I hail from George Fox University in Newberg, Oregon. My undergraduate experience has shaped me in significant ways, but nothing has given me direction and energy like my semester in Oxford during Michaelmas 2017. The SSO allowed me to study Middle English literature as well as Thomistic theology, delightful subjects that I could not explore in great detail at George Fox.

Oxford is teeming with resources for just such a study. When I hopped on a plane bound for Heathrow, I envisioned something like the library from Disney’s animated Beauty and the Beast, a supply of literature for every question I could possibly ask. To my surprise, I hardly needed to abandon that fantasy upon arriving – the Bodleian’s twelve million items sat waiting for me to crack them open. My research knew no limits but time and imagination.

That term transformed my learning style by hurling me into a positively labyrinthine network of libraries with nothing but my wits and a few research questions. Suddenly I was the captain of my bibliographic soul, and the overwhelming freedom called upon skills I did not know I possessed. The ability to organize and direct my own intellectual labor has proven invaluable, even in various pursuits outside the academy. I credit my semester in Oxford as the moment I truly took ownership of the direction my life will take.

At the same time, I learned the fruitfulness of following a question wherever it leads. I treasure the memory of sitting in the Bodleian’s Upper Reading Room ransacking the section on Middle English saints’ biographies, following a seemingly endless trail of footnotes to new insights. It comes to mind as I wrestle with more existential questions about my place in the world and the path that lies ahead. If you will, learning to follow the footnotes in the Bodleian has helped me to follow my life’s central questions more courageously. 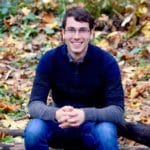 That spirit of exploration is one of Oxford’s greatest gifts to me. Long hours in the libraries equipped me to pursue graduate study in theology within the next few years, but SCIO programs represent a unique opportunity to do this labor among friends. When I left for England, I knew that tackling the term ahead meant following Bilbo Baggins in going on an adventure. I did not anticipate, however, the way that friendships I made along the way would extend the adventure far beyond the confines of Michaelmas 2017. I remain incredibly grateful for friends who encourage me to follow the question.