Every Michaelmas term, SCIO hosts a Thanksgiving celebration with students and staff at The Vines. We buy and cook the food together, eating together as a (very!) large family.

Of all the seasons, Christmas is widely held to be the most beautiful time of year in Oxford. Covered in lights, Christmas trees, and decorations, the sense of joy among residents is palpable as the city and University descend into the cold winter months, comforted by the surety of warm libraries during the day and cosy firesides at night.

The smartest turkeys I’ve ever made

One should only expect Thanksgiving in Oxford to be nothing less than stimulating. And to date, those were the smartest turkeys I’ve ever made. Thanksgiving was coming, and we were a group of Americans in a British program. Naturally, the British directors left it to us to prepare a Thanksgiving meal and I, despite having never cooked a turkey before, was tasked to undertake preparing the three turkeys which were to feed the entire program. Just prior to my time in England, I had traversed my way through China, Nepal, and South Korea taking a special interest in the foods I found there, all of which were quite different from the fried chicken of my home state of Kentucky. The earthy flavor of Nepali dhindo and piquant curries, the peanuts and spice of Chongqing noodles and the toasted-cumin crunch of fire-cooked scorpions, the simple, dulcet taste of fresh corn shared with an old Chinese man and his wife in their small hut – these flavors and stories acted as my research notes on the creation of flavor as I began to experiment and write up my own recipes in the Vines kitchen. Flavor was what I was after. And Oxford had taught me how to use research skills to discover and create what I wished.

I must have watched every existing video on YouTube on the topic of cooking turkeys. I approached these turkeys with the same contemplation, creativity, and research as I did my schoolwork. Each turkey recipe had the complexities of a tutorial essay (and my tutorial essay that week was, shall we say, undercooked). One turkey was stuffed with onions, garlic, lemon, and rosemary; another with garlic, celery, onions, and thyme; the final desert turkey with apples, walnuts, rosemary, thyme, and perpetually basked in a homemade cranberry sauce. I led a small team (one of whom is now my wife) on to create these well-researched turkeys.

The turkeys were thoroughly enjoyed and we received many comments on being exceptional and flavorful. However, the most enjoyable part was seeing just how our turkeys contributed to the rest of the food and the overall Thanksgiving festivities – much in same way, as I have come to realize, all the hard work of our research contributes to the academic world’s dialogue on the nature of the world we inhabit. 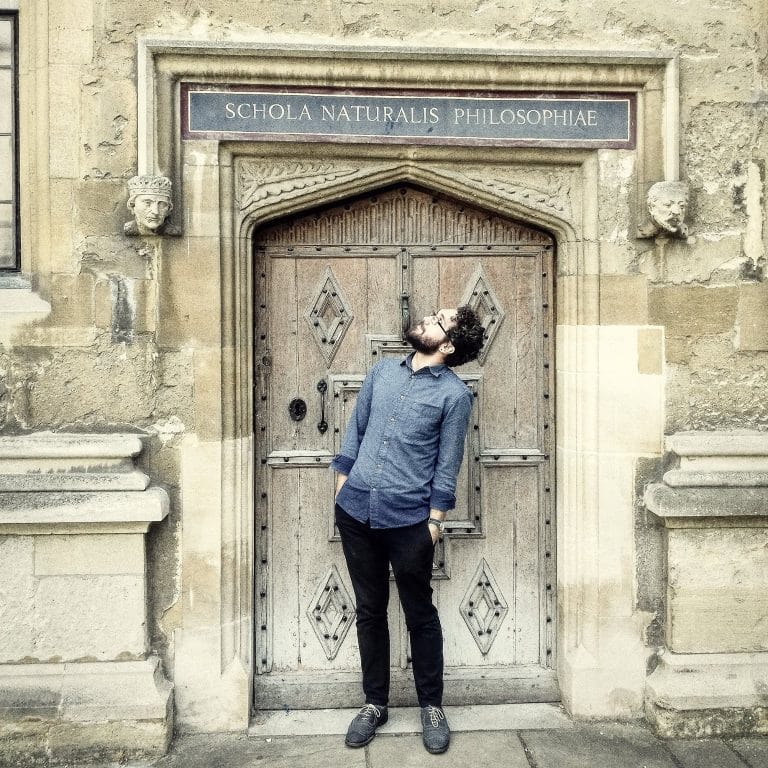 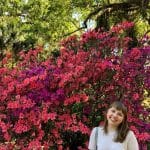 For a native Floridian, the weeks preceding Christmas in any other climate than the Tropics are something straight out of a picture book. The Christmas decorations that bedeck South Florida often inspire grins of irony instead of grins of excitement as snowmen and reindeer are frequently juxtaposed by healthy green grass and palm trees. However, as I prepared for my term at Oxford, I looked forward to Christmas in a place that has the weather to make front-yard snowmen plausible.

Because Michaelmas term ends just December is beginning, the students and faculty of Oxford have invented Oxmas (celebrated on November 25), which ensures that everyone is able to enjoy Christmas festivities before returning home for the holidays. It is precisely what one would expect and more. In the weeks preceding Oxmas, the Christmas lights brighten Cornmarket Street, carols are sung at the Sheldonian Theatre, and dozens of minced pies and cups of mulled wine are consumed. This festive atmosphere made studying for my Shakespeare and French translation tutorials at the Bodleian an even more enjoyable experience. After long days of reading and writing, I would leave the library and walk into the courtyard where the Bodleian’s Christmas tree would be twinkling and I would explore one of the Christmas markets.

For the residents at the Vines, only snow could make our Oxmas experience complete, but we had been told at the beginning of term Oxford very rarely gets snow in December. However, on my last day in Oxford, I awoke to slamming doors and screaming outside my window—“It’s snowing!” Light flakes were falling to the ground and, by the next morning, Oxford would be blanketed in snow. The snowy landscape ensured that our final day of Vines community filled with a pancake breakfast and several movies was similarly blanketed in Christmas cheer.

Overall, the Oxmas festivities enhanced my academic experience and ensured that Michaelmas term 2017 will remain a strong memory for many years to come. As I finish my English degree at Palm Beach Atlantic University and look back on my undergraduate degree, Christmastime in Oxford with my fellow SCIO students stands out—not only because of the winter temperatures—but because spending the holidays in the city of dreaming spires is an experience you can’t find anywhere else. 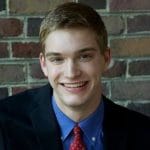 The Scholars’ Semester in Oxford impacted me in many ways, but most of all through my studies, the friendships made, and the adventures in which I had the opportunity to take part while abroad.

Oxford’s rigorous academics greatly improved my writing as my tutors continually pushed me out of my comfort zone. Surface-level research was left far behind and I was given the opportunity to delve deep into the analysis of historical subjects.

During my time at Wycliffe I became friends with a masters student. He is a friendly rugby player from Ireland. Like most of my friends from Gordon who initially planned on staying for Christmas, I had planned on travelling around the UK and continental Europe. However, all of them ended up returning to the USA for their Christmas break and I was going to be the only SCIO student in Oxford. Because of this, I began planning travels around the UK, but it appeared that I would be spending Christmas by myself. My friend and I were cooking and he asked what I was doing for Christmas. When I told him that I did not know, he immediately offered for me to stay in Ireland. Come Christmas time, he picked me up from Dublin airport and drove me to his house. I was graciously welcomed by his wonderful family. We celebrated Christmas with two church services in one of the local parishes and my first traditional Irish Christmas dinner with pudding. I also had the opportunity to visit Cavan town and Sligo in addition to Enniskillen, Northern Ireland, giving me the chance to see much of the surrounding area by car and on foot. The family’s hospitality allowed me to experience Christmas in a small Irish town as a local unlike anything I would have been able to do as a tourist. I appreciated the opportunity to become one of them for the time I was there: an honorary member of their family, as they called me. I thank them for giving me the gift of an incredible Christmas that I will remember fondly for the rest of my life.