Tea is central to the British experience – a particular sort of tea: black (usually breakfast tea), to be taken by itself, or with milk and/or sugar. ‘Nothing but tea’ is preferable to nothing; still more preferable is tea enjoyed with a biscuit, a scone, or something chocolatey. Visiting scholars are given the opportunity to gather around tea and sweet accompaniments on a bi-weekly basis, both at Wycliffe Hall and in Simon Lancaster’s office. The latter is a grand affair, with a selection of sweet treats provided.

There are many preconceived notions that arise when one is confronted with the phrase “tea time”: that it is an absolutely critical element of British culture; that it is a very pretentious affair requiring both tea and biscuits prepared in a precise manner; that conversation be overtly polite with cuttingly witty undertones. These are all true.

There are many places, including most of the colleges belonging to the University of Oxford, which will host tea time in their halls. It is the way in which subjects of Britain break the monotony of long (and mostly cloudy) workdays, as well as set aside time to meet with their friends and associates face to face. Traditionally (and tradition is very important), the tea served is black, with added milk or sugar as is preferred by the recipient. Shortbread biscuits are the most common treat paired with this delightful steaming beverage, but scones with jam and clotted cream are also most appropriate.

Tea Time as observed by SCIO students is unique, with the tea and food offered being of special quality and the conversation—being held by a group of devoted intellectuals—tends to be particularly witty, and often blatantly philosophical. At Wycliffe hall, coffee is served alongside tea, the British staff apparently having noticed the criticality of the drink to many of their American students.

But the true jewel of tea at Oxford for the SCIO student is Simon’s Tea, which starts at 2:30PM precisely every Tuesday in his own office. While based off of the traditional British model, this tea is composed of its own delightful elements. The first of these is the Tea Time hierarchy: The Tea Master, the Tea Fairy, and students, the honored guests. The job of the Tea Master is to preside over the tea, providing the supplies as well as preparing them and, once tea has commenced, serve these items, as well as facilitate polite and scintillating conversation.

Simon Lancaster, the current presiding Tea Master, has held the position for twenty years, and has unlocked the art of a perfect cup of tea; I once saw him drink a half-ounce of boiling hot tea he was suspicious of and then throw out the entire pot on the grounds that it was inferior. He has also created the perfect Spotify playlist to accompany it, which to date contains 951 songs. Every week he provides an abundance of foodstuffs—crackers and good cheese, grapes, tomatoes (pronounced toe-MAH-toes; this is very important), Collins (which are the name of a gummy caterpillar, not some poor graduate student), chocolates, and cakes—is provided. The traditional biscuits are, of course, not excluded. This Coffee is forbidden, as is other food. In any case, with the veritable cornucopia on offer, such items seem superfluous. Games are often played after everyone has eaten and drunk their fill, to the general enjoyment and frustration of all (depending on the game and how adept Simon is at it.) 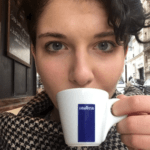 The long and short of the matter is this: British tea time is a sacred—if comfortably prosaic—ritual. This author recommends that students attend as many teas as they are able, if only to take the time to slow down and appreciate the wonderful company around you, whilst experiencing a new cultural tradition. You will walk away enriched, and, if you have had one too many biscuits, perhaps a little sleepy.

Which is perfectly all right. 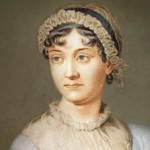 [Mrs Norris] burst through his recital with the proposal of soup. “Sure, my dear Sir Thomas, a basin of soup would be a much better thing for you than tea. Do have a basin of soup.” Sir Thomas could not be provoked. “Still the same anxiety for everybody’s comfort, my dear Mrs. Norris,” was his answer. “But indeed I would rather have nothing but tea."

Living together as community

Students reflect on their tutorial experience

Sport and societies at Oxford