Many students enjoy forming food groups, where members take turns cooking for the whole group, usually for the evening meal. So, if you are part of an evening food group with six other people, you would need to cook a meal only once per week.  The arrangement is entirely optional, but most students become part of a food group because it is fun, saves time and money, and the food is (most of the time!) better than one a person might be bothered to do if cooking only for themselves.

There are large fully-equipped kitchens at both places of residence, with plenty of room for you to all eat together.

As any SSO student, I was anxious upon arrival, with the weight of academic pressure looming overhead. Yet, my time at Oxford proved to be nothing I expected and everything I did not know I needed. This truth rang true in various areas of SSO life.

Academically, Oxford pushed me to expose my academic weaknesses and overcome my fear of failure, so that I may be a better scholar and a better follower of Christ. My tutors and the SCIO faculty invited me to explore intriguing topics and assigned diverse readings that challenged my thinking. Their primary concern was not that students would prove themselves, but rather that they would improve and grow as critical thinkers and Christian members of the academy.

Another significant and unexpected piece of my time at Oxford was the community. I expected to live a lonely life secluded from community and lost in the wealth of the Bodleian resources. I have never been so pleased to be disappointed. SSO cultivated a welcoming environment of like-minded students, both passionate about scholarship and deeply committed to the Christian faith. This environment fostered inter-disciplinary dialogue, both formally during seminars and informally at the dinner table. In fact, the dinner table played a key role in my academic and personal growth during my semester abroad through what students call “food groups.”

A food group is a student-organized system of rotating dinner preparation. Each group is comprised of about eight SSO students, with one person cooking for the entire group each night. Practically, this group offsets the food cost and stress for SSO students. Yet it also provides significant time of social rejuvenation after long-hours of studying, opportunities to learn from the studies of peers, and a chance to step away from studies all together. In my humble, biased opinion, my food group was simply the best! From impromptu Zumba classes in the kitchen to discussing a painting at the Ashmolean, my group both stimulated my mind and gifted me with much laughter. Who would have known that two law students, an actress, a writer, an artist, a linguist, a theologian, and a philosopher would start out as strangers and end the term as family? We inspired each another to strive for excellence and encouraged one another to conquer crippling fears. I am proud to say that two years later, the food group chat is still active! We were even able to reunite for a fellow food group member’s wedding this past year in South Carolina, reliving our undergraduate days as Oxford students. 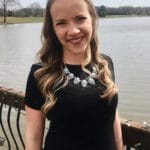 Upon arrival home from the city of dreaming spires, I pursued a Master of Divinity at Palm Beach Atlantic University with the long-term aspiration of completing a PhD in New Testament Biblical Studies at Oxford University and pursuing a career as a university professor. My time as an SSO student played an inexpressibly significant role in discerning my personal calling and developing the skills I need to make a positive contribution to both the academy as a Christian and to the church as an academic.

I attended SCIO during the Michaelmas (Fall) Term, 2017. Arriving near Pullens Lane on a warm morning, I was soon swept off into the academic hustle and bustle. While in Oxford, I studied Ludwig Wittgenstein and various western Christian theologians, including Anselm, Abelard, and Aquinas. Oxford had much to offer: a rich cultural and historical atmosphere, a rigorous academic environment, a pleasant climate (whatever others might claim), and fantastic architectural and natural beauty. But among the most important elements that made the term the formative experience it was was the food groups.

That first weekend, I signed up for a food group and hoped for the best. We soon established a rotation, splitting off into pairs who would share cooking responsibilities for one night each week (excepting the weekends). It turned out well: being in a food group meant a hot meal at least a few times a week, a lighter load since responsibilities for shopping and cooking were shared, and a chance to decompress after a long day spent on academic tasks. But perhaps more important was that the group served as the nucleus for a smaller communal life within the broader Vines, SCIO, and Oxford communities. In a new, exciting, and fast-paced environment, it was helpful to have a little domestic sphere carved out from the start—a place where one got to know others through a shared experience cooking and eating together.

This little domestic sphere became even more important as the term progressed. Amidst the essays and lectures, field trips to Stonehenge and routine trips to the library, and the many, many bicycle rides up and down Headington Hill, the food group remained a constant comfort and encouragement. Come suppertime each evening, I knew the table would be filled, the food laid out, and the group gathered—to pray, eat, laugh, commiserate, ask how the day had gone, share what some lecturer or tutor had said, talk about future plans, and laugh a little more. It was encouraging to be reminded, on a regular basis, that I was in a community with others who loved learning and were all going through much the same experiences I was. More than that, I think this shared life gave me the confidence and communal nourishment that let me make the most I could from the time I had in Oxford. 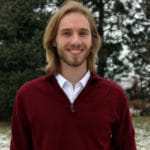 What I never would have expected is the degree to which the food group continues to have an impact on me well after SSO ended. For one, it has shaped me academically. In many ways, SSO as a whole prepared me for where I am now (pursuing an M.A. in humanities and pondering continuing for still further studies); the fast-paced, reading- and writing-dense term, the access to research libraries, and the need to motivate oneself to explore new topics and form arguments gave me the skills necessary for thriving in the graduate environment. But it was the food group, that stable point in the whole delightful, madcap academic churn that was SSO, that gave me the base from which to make that work. More than that, though, I made good friends—some with whom I am still in contact all this time later. For this chance to share in a little common life in Oxford, and for the friends that I made in doing so, I remain grateful.

Students reflect on their tutorial experience

Meeting God wherever you are