Oxford has a strong historical association with Christianity.

Many university colleges at Oxford retain their medieval design, which was inspired on the monastic model of a chapel, dining hall, library (or scriptorium), and place to sleep.

During their time in Oxford, students are encouraged to explore the vibrant spiritual life on offer throughout the city. There are many places of worship, but also opportunities to engage in religious societies, chapel services, and a host of other devotional activities.

When I arrived in Oxford to study through SCIO, I was only the second student from my university to do so. I was feeling inadequate and lonely, coming from a small school in Mississippi with no similarities to Oxford. I was studying English literature at my home school (Belhaven University) and decided to finish up my major credits at Oxford. When I first arrived, I was intimidated by the fellow SCIO students, by the faculty and staff, and by the idea of adjusting to a new culture.

At my core I am an academic, so I did not find it difficult adjusting to academic life in Oxford. The opposite was true, in fact. I was more in tune with the intellectual stimulation than anything else in the city. A natural introvert, the hardest part about the transition from America to England was finding an emotional and spiritual support system. I did not expect to experience culture shock like I did, and I needed strong believers to come beside me and remind me of God’s faithfulness and provision.

I was told about St. Ebbe’s by the student at my home university who had previously gone through the SCIO program. During orientation week, I was again reminded that this was a popular church among the visiting students. Hesitant to thrust myself into a strange situation, I almost didn’t go to services at all. My junior dean, however, again invited me on that first Sunday morning. I am so grateful I decided to go that first Sunday.

I attended the eleven o’clock services (catering to the student crowd) and always stayed for the fellowship lunch afterward. The community of St. Ebbe’s is a beautiful diverse group of people who are unabashedly in love with Jesus and have a deep desire to reach out to the lost souls of Oxford. Though I am a believer, it was evident from the moment I walked in the doors that I was welcomed. I met many wonderful students during the fellowship meal and was weekly encouraged by the talks. Without St. Ebbe’s I am not sure that my experience in Oxford would have been as fulfilling.

Every Thursday I made an effort to go to Focus groups, small groups of students who meet and encourage each other. I was able to form relationships with the girls in my group, friendships that are still present. During my time in Oxford, I wanted to understand God. Growing up in the southern portion of the United States, I was furious with cultural Christianity. God revealed to me through attending a church with a different way of worshipping and with different ways of viewing evangelism, that he is the Almighty Provider. (The prayer room at the Vines became a daily haunt for me, where I would devote my time to seeking out God.) 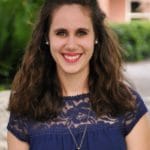 The end goal for my education is to be an English professor. Currently I am knee-deep in graduate school applications, but unlike the past three and a half years of undergraduate experience, I am applying the things I began to understand about God to my application process. My grades and GPA were my idol; now I am understanding that God does not love me because of what I can do for him, but because I am using what he has given me to glorify him. The importance of finding a group who loves and understands the Spirit of God is vital to a complete and perfect experience of Oxford. For current and future SCIO students: do not underestimate the power of fellowship with a body of believers.

Between belief and practice

In the past few years, my spiritual life has been a tug of war between belief and practice. I was raised in a conservative Christian community that emphasized a believer’s responsibility to serve both those at home and abroad. As an undergraduate student at Walla Walla University, I became involved with a project to bring electricity to a rural Andean village in Peru, and it inspired me to pursue a career in international development. However, while my upbringing drove me to a life of service, I came to question much of what I had been raised believing. The practical application of my church’s beliefs made sense to me, but its theology often placed intellect at odds with faith. Unable to reconcile the two, I abandoned even trying.

When deciding to come to Oxford, I was presented with the choice between two programs. I chose SCIO because I knew it was a faith-based program and wanted to see if Christianity could really hold its ground at a secular institution like Oxford. I wanted to know if it was possible for Christians to harmonize their faith with serious scholarship. For my primary and secondary tutorials, I enrolled in Religions and Mythology of the Ancient Near East and Approaches to History, courses which complemented my anthropological and international interests. With my primary tutorial, I was especially keen to understand the perspective of ancient Mesopotamians and Canaanites, the “villains” of the Old Testament. Would historical and archaeological evidence complement or contradict traditional accounts? As I engaged with the readings and my professor, who was not religious, I was forced to rethink certain things but not in a way that excluded faith. I realized even the best and brightest professors were not unbiased or knew much about topics outside of their field, and for every argument I heard that posed a challenge to a faith-based worldview, there was a counterargument to match.

I had no road-to-Damascus enlightening. I approached as a skeptic and left as one. There were, however, an accumulation of small events that gradually shifted my perspective. Upon leaving Oxford, I spent a second semester abroad in Beirut, Lebanon, learning Arabic and volunteering with Syrian refugees. That summer, I completed an internship in Peru, piloting a women’s literacy and computer literacy class. During my semester with SCIO, I attended seminars and made as many connections as I could to the international development world, not without reward: I was published in the International Relations Society journal, and a contact I made assisted a young friend of mine to continue her post-secondary education in Belize. However, it made me painfully aware of the disconnect between those analyzing poverty and those actually living in it. I’ve had the opposite experience with my faith. I saw at Oxford, through the words and actions of SCIO staff and fellow students, that faith and intellect can coincide. In the months that followed, the ideas that were planted at Oxford made more sense, and I began to see how an intellectual faith informs practical application – it even pushes me to continue in the work that I do. 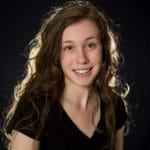 There are still many, many things I don’t understand. However, after Oxford, I find myself better equipped to tackle my questions and less afraid to be challenged by others. Perhaps the greatest gift I received at Oxford was a community of people who have – at one point or another – shared in my wonderings and still have faith. It’s encouraged me to believe that I will too.