Dear registrant, it is with real disappointment and sadness that we must announce the postponement of the premiere of the play, Fire from Heaven.  Thank you for your interest in coming and supporting this project, and I am sorry to be needing to take such a decision disrupting your opportunity to enjoy a great production.

We will plan to offer the premiere as soon as reasonably possible and will keep you informed.  Unless you specify otherwise, we will retain your email address (only for this purpose, unless SCIO already has your info as a participant in / contributor to other SCIO activities) and will send an email out notifying you when it is rescheduled.  In the meantime, we hope you are maintaining well despite the many challenges that beset us, and we remember the needs of those for whom this pandemic is posing grave threat and fear; yet we press on with hope and grace.

Fire from Heaven: Michael Faraday and the Dawn of the Electrical Age

SCIO is pleased to present the World Premier in Oxford of Murray Watts’ newest creation, Fire from Heaven: Michael Faraday and the Dawn of the Electrical Age. SCIO previously produced five USA tours and multiple Oxford performances of Watts’ acclaimed play, Mr Darwin’s Tree, that touches on science, religion and life. With funding from the Templeton Religion Trust and co-sponsorship from Oxford partners, the Ian Ramsey Centre for Science and Religion, Wycliffe Hall, and DCM Oxford, we invite you to join us for this unique opportunity. 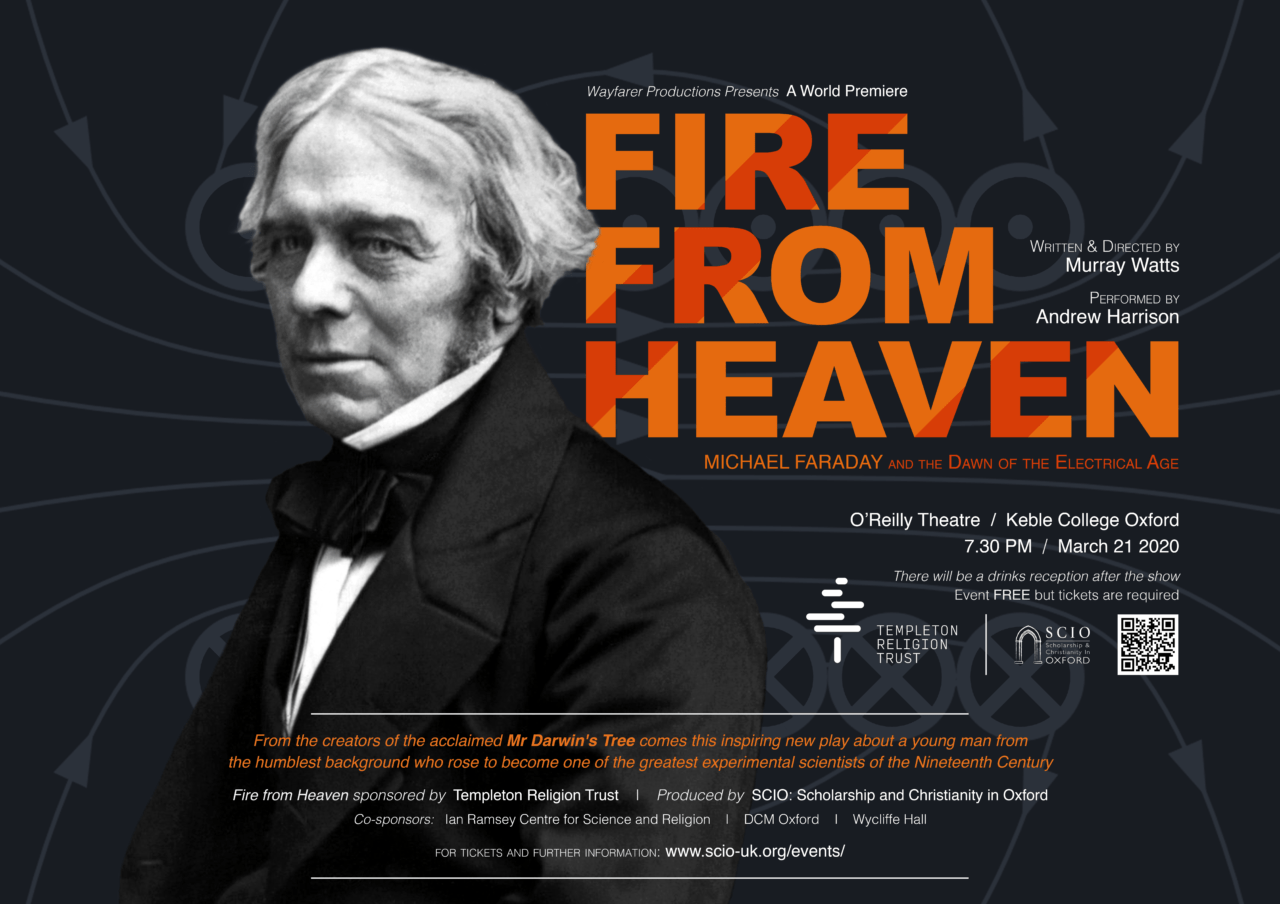 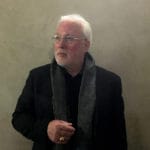 Fire from Heaven: Michael Faraday and the Dawn of the Electrical Age playwright and director, Murray Watts, is one of the best-known Christian playwrights and screenwriters in the UK. He wrote and directed the acclaimed play Mr Darwin’s Tree, which was commissioned to mark the 200th anniversary of the birth of Charles Darwin and premiered at Westminster Abbey. SCIO produced five USA tours and multiple Oxford performances of Mr Darwin’s Tree. Watts is the author of more than a dozen books, including The miracle maker, and the screenwriter for the film of the same name, featuring Ralph Fiennes and Julie Christie. An animated film on the life of Jesus, The miracle maker was the top-rated television film for ABC Network in 2000 and has been viewed by millions around the world. Watts is also the author of the bestselling The Bible for children, which has been translated into more than 20 languages, and the screenwriter for KJB: the book that changed the world, directed by Norman Stone (Shadowlands) and featuring John Rhys-Davies (The lord of the rings). Watts also wrote and directed the one-man play The dream, based on Fyodor Dostoevsky’s The dream of a ridiculous man, which went on to spawn the film of the same name staring Jeremy Irons and the television mini-series Tales from the madhouse. He has often worked with the actor Andrew Harrison to create solo performances.

Andrew Harrison is the actor in Fire from Heaven: Michael Faraday and the Dawn of the Electrical Age, and has worked in film, television, theatre, and radio for over 30 years. He previously played Charles Darwin in Murray Watts’ Mr Darwin’s Tree. His theatre credits include Glyn and It with Dame Penelope Keith on national tour, the premiere tour of Peter Nichol’s Blue murder, and the London West End production with the late Sir Michael Hordern of Trelawny of the Wells. He made his repertory debut in Exeter playing the leads in Caryl Churchill’s Serious money and Alan Ayckbourn’s A chorus of disapproval. Andrew is a regular contributor to BBC Radio 4’s drama department. His film credits include An ideal husband, The sea change, A little loving, and Dorian Gray; for television he has appeared in Florence Nightingale, The life of Pepys, Miss Marple, 2000 acres of sky, The Bill, Birds of a feather, You rang m’lord?, Beyond Narnia, and Summer in Transylvania.