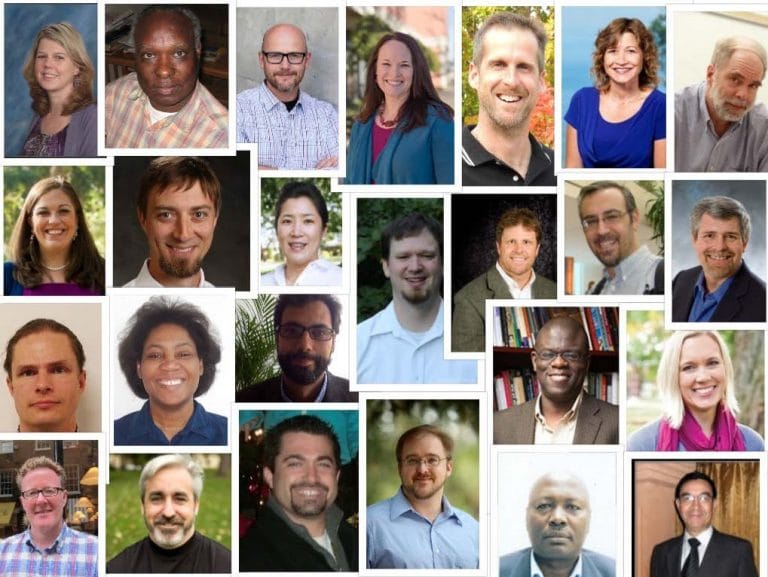 Scholarship & Christianity In Oxford (SCIO), the UK Centre of the Council for Christian Colleges and Universities (CCCU), is pleased to announce the twenty-five participants for the Bridging the Two Cultures of Science and the Humanities project.  Funded by the Templeton Religion Trust, seminars will take place in Oxford, UK in the summers of 2015 and 2016. The programme fosters in participants the interdisciplinary skills and understanding central to the study of science and religion.

In addition to attending the summer seminars with lectures from eminent scholars in the field, participants will work on an original research project in science and religion intended for major publication. Funds are provided for a research assistant to help the participant’s research project and establish (or bolster) a science and religion student club at the home institution. A final conference with presidents from participating institutions will be held in the summer of 2016.

While most participants are from North American CCCU institutions, there was a special effort to increase diversity.  The selection committee is pleased to have selected from the 70 applicants two participants from Africa, one from Central America and one from South America.  There is also one participant from a public university and seven women.

In reviewing the applications the committee looked for early-to-mid-career faculty with proven interdisciplinary, leadership, and communication skills, and a strong research record who were fully supported by their sending institutions. The committee sought to create a cohort that represented the diversity of the CCCU’s institutional, denominational, academic, geographic, and demographic variety.

Professor Alister McGrath described the project ‘a timely and important initiative which will greatly strengthen teaching and research in science and religion, and enhance the intellectual experience of the faculty and their students’.  Dr Rosenberg, the Project Director and Executive Director of SCIO, notes that ‘this is an exciting opportunity not only for the faculty to develop their research in keeping with SCIO’s commitment to support CCCU schools, but also to expand the conversation out into campuses to help Christian, academic communities engage well with these serious and sometimes contentious issues’.

About SCIO: Scholarship & Christianity in Oxford, the UK subsidiary of the CCCU, is a research and educational institute in Oxford, producing and supporting scholarship in a recognized centre of international educational and scholarly excellence. It advances the scholarly development and opportunities of academic leaders from member institutions (both North American and international affiliates) – undergraduates, graduates, and faculty members. It strives to serve individuals and institutions. Visit www.scio-uk.org.

About the CCCU: The Council for Christian Colleges & Universities is a higher education association of 176 intentionally Christ-centered institutions around the world. The 120 member campuses in North America are all regionally accredited, comprehensive colleges and universities with curricula rooted in the arts and sciences. In addition, 56 affiliate campuses from 19 countries are part of the CCCU. The Council’s mission is to advance the cause of Christ-centered higher education and to help our institutions transform lives by faithfully relating scholarship and service to biblical truth. Visit www.cccu.org.

About Templeton Religion Trust (TRT): TRT is a relatively new, offshore sibling of the better-known John Templeton Foundation (JTF).  Its core funding areas are the same as JTF’s, but the Trust’s governance and decision processes are independent and somewhat different from those of its Philadelphia-based sibling.  Unlike JTF, the Trust does not invite open submissions via a website.  All of its grant development activity results from outreach by Trust staff, from its base of operations in Nassau, in The Bahamas.

All our new Hilary term 2014 SCIO students, as well as the year-long students from last... Read More >