SCIO celebrates alumna Kelly Parks, who has been accepted into a Master’s programme at St Andrew’s University in Scotland. She will be studying Victorian and Romantic studies, pursuing a passion for literature and gender studies that was sparked during her time at SCIO.

Kelly is from Michigan but grew up in Budapest, Hungary, as a missionary. She completed a B.A. in Psychology with a minor in English at Wheaton College, and joined SCIO in Michaelmas term 2018. While at SCIO, she took a tutorial on Victorian Literature. She says:

I initially took the class because I enjoyed the works of Victorian authors such as Dickens and Brontë; I did not expect it would shape my entire academic trajectory. However, in my essays and discussions with Dr. Emma Plaskitt, I realized how literature has the power to shape society in significant ways. I was specifically intrigued by the way Christian female authors used their voices in writing to advocate for gender equality in society, the home, and the Church.

Kelly is particularly attracted to St Andrew’s programme because it allows her to integrate her interests in literature, theology, and feminism into one course. It will prepare her to apply for a PhD in religious and literary gender studies, which is her goal after completing her Master’s.

Though focusing on the Victorians, Kelly sees a critical need for discussion integrating religion and gender studies today. She hopes to use her academic work to advocate for victims of injustice across the world. Kelly notes:

As a Christian feminist, I believe the topic of gender inequality in religious communities is a significant issue to address as it affects numerous women worldwide – both in Christian and non-Christian circles. Through my studies, I hope to use my voice as a scholar to advocate for women who are victims of abusive or totalitarian religious systems today. 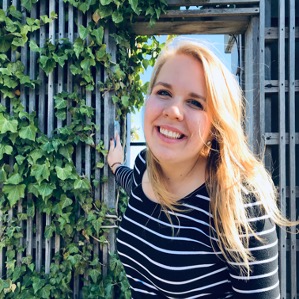 We are pleased to announce that SCIO is now listed as a teaching and research institute... Read More >

We are delighted to announce that Lexi Eikelboom has gained a 2–3 year postdoctoral teaching fellowship with... Read More >